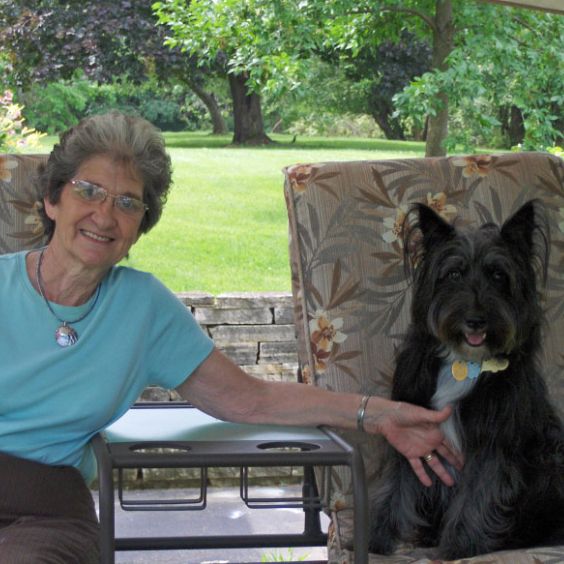 Zeke was brought to me by Martha in April 2006. He was so unique and sensitive, she told me “He is not just a dog.” I learned each day after how true that was! He became my constant loyal friend and ears for 12 years. We walked miles each day, all seasons. He lost his sight in one eye in 2009, was totally blind by 2015. I became his eyes then but he was energetic and worked his sounds until his death January 2018. My heart is full of love, gratitude and precious memories of a champion forever by my side. Thanks to you at IHDI.