How International Hearing Dog, Inc Came to Be

International Hearing Dog has a long and rich history. The training of dogs to assist the d/Deaf did not exist until the early 1970s when Mrs. Elva Janke's, a hard of hearing woman in Minnesota, dog passed away. Her dog had, just naturally, alerted her to sounds. When he died, Mrs. Janke reached out to a local news station to see if they could find her a way to have a dog trained to alert in the way her previous dog had done. Mrs. Janke was eventually connected with a local dog trainer in Minnesota by the name of Agnes McGrath, and the rest, as they say, is history. Agnes initially trained six hearing dogs, including one for Mrs Janke. These were the first six hearing dogs to be trained. This training project was called the "Hearing Ear Program" and operated with financial support from the Minnesota Lions Club and the then Minnesota Governor Wendell Anderson.

In 1974, as interest in the project grew, Agnes added three additional women, Martha Foss, Emlynn Wood, and Sand Sterker, and the four embarked on a pilot project to examine the benefits and sustainability of hearing dogs. After four years of collaborations with the d/Deaf community, testing different dog breeds, and developing a sound training method, the study results demonstrated that dogs were a viable choice to assist people who were d/Deaf and hard of hearing. These four visionary women became our Founders. Officially founded in 1978, Hearing Dog, Inc. was formed - the first hearing dog training organization in the United States. Soon after, our name was changed to International Hearing Dog, Inc. in order to include IHDl's work in Canada.

Since our inception, IHDI has partnered nearly 1,400 teams of people who are d/Deaf and hard of hearing and custom trained dogs in all 50 states, the District of Columbia, and throughout Canada. Additionally, IHDI has helped support the development of similar programs in Norway, Japan, and Australia. 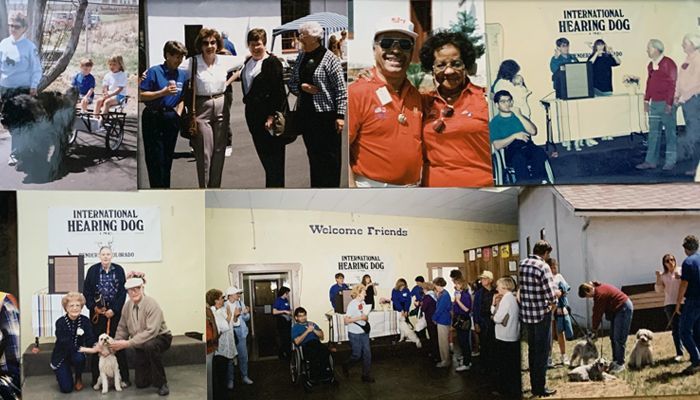